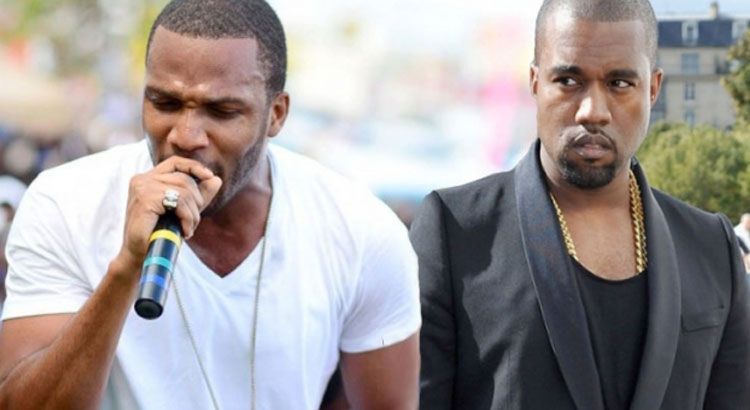 Dancehall is quite vocal on Kanye West’s upcoming album with a collaboration with Assassin and samples from Capleton,Popcaan and Beenie Man.
West is due to release his album, Yeezus, today. But when the album leaked late last week, one of the most noticeable things on the 10-track album was the strong presence of dancehall.

One of the songs, I Am A God, features sections of Capleton‘s Forward Inna Dem Clothes, while another track, Send It Up, has samples of Beenie Man‘s Memories. Popcaan is also featured on a track called Blocka.

However, it was Assassin who got the biggest chunk out of the album with his own verse on one of the songs called I’m In It. In an interview with THE STAR, Assassin explained that he got a call from GeeJam Studio in Portland in October and that is how the link with Kanye was made.

“Kanye’s production was there working on a summer project and wanted some verses from dancehall artistes, and I was one of the artistes selected. I spat some verses, some with and some without music. I got a call in January and I was told he liked what he heard and I’d be hearing from them soon in order to do a bit more work,” he said. Excited about being featured on the album, Assassin said, “the song is crazy … but it’s Kanye, so we know he pushes the envelope.” As for his career, the deejay says this new development shows that he is diverse.

“What it means for my career really is a reinforcement that I am a diverse artiste who isn’t limited to a specific genre or type of music. I believe in being creative, and working with Kanye’s team was one of those great opportunities,” he told THE STAR, adding that he is open to any other such opportunities. Meanwhile, Assassin says he recently released other songs like Shell, Tell Unnuh,How Yuh Mean featuring Ankle Socks (Twins of Twins character) and MaterialGirl. “These are the summer hits you need to listen out for, as Shell has already started creating a buzz,” he said. Having done shows in Tortola and West Palm, United States, in recent times, Assassin says he is looking forward to  shows in Pennsylvania in June and the finals for Wray & Nephew Contender at the Chinese Benevolent Association next week.