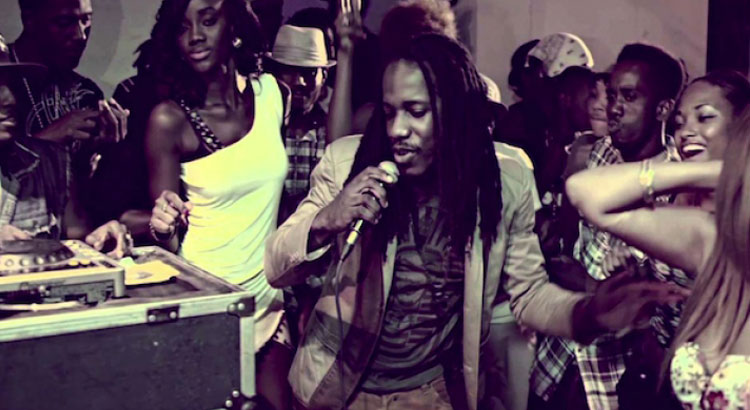 In his video for “I Know,” Wayne Marshall pushes the good guy we have all come to love aside–rude boy Marshall is so much more captivating! As he tells a rival, “you’re no threat to me,” stealing away with the man’s girl right in the same dance, it’s obvious that the singjay who built his career as dancehall’s soft-spoken, go-to crooner is stepping with new confidence since signing with the Marley Brothers’ Ghetto Youths International. Damian “Jr. Gong” Marley and Sean “Young Pow” Diedrick produced this rocker, the first single off of TRU Colors, Marshall’s debut on the imprint and his sophomore album. TRU has a September release date.

The late-summer favorite and rub-a-dub scorcher was written by Marshall during what he called a spell of “free flowing energy” after vibing with its old school bassline. Never has Marshall’s songwriting been so in-your-face confrontational and infectious. It has been five years since we last heard a substantial dose of new material from Marshall. And, a lot has happened: After 2008’s Max Glaser-produced Tru Story! featuring Sean Paul, Mavado, Busy Signal, Bounty and others, Marshall fell in love with, and married, singer Tami Chynn, who is now expecting!

It’s also been a decade since his first album Marshall Law was released. After his career was nearly left in the dust (presumably due to daily life and perhaps a period of musical reflection), the smartphones lighting up the otherwise classic lover’s rock session in this Jay Will-directed video show that Marshall’s path is well lit and definitely in step with the current momen